My husband and I have been watching a lot of vintage James Bond lately.  So  this morning when I was trying to decide what to write in my blog, I have to confess the above scene popped into my head.  Except to James Bond’s query, “So do you expect me to talk?” Goldfinger’s reply IN MY HEAD was “No, Mr. Bond.  I expect you to diet!”  It’s always an interesting morning when your hubby rolls over in bed and asks you what you’re giggling about. 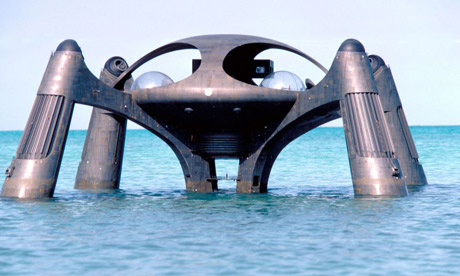 Yup, the weight loss industry (on the whole) qualifies for a secret evil lair.  And with over $60 Billion per year in revenue (that’s Billion with a “B”) there’s a lot of money to work with.  Surely they could afford a hollowed out volcano or two.  There’s probably even enough left over for a private submarine entrance and a tank with sharks with frickin laser beams on their heads.

And the prospects for the world weight loss industry as an evil empire look frankly, pretty good.  After all weight bias is extremely useful:

Yup, all that’s left to do is pick out the sexy mid century modern furniture and come up with naughty double entendre names for the front office girls.