I was horrified to hear yet another story of corporate bullying by a gym against an innocent person.  In this case, the person was somebody I know and in this case the bullying was carried out by the gym’s finance company.  Yet it’s part of a pattern I’ve written about over and over on this blog.

My friend had a contract at Gold’s Gym.  Her husband recently passed away suddenly and unexpectedly.  With everything going on, she was currently out of the state and unable to use the gym.  When she called to cancel the memberships of her and her husband, the gym’s financing company–ABC Financing said they would be charging for a final month.  When my friend asked if they could waive this final month’s fee as neither of them would be using the gym and she was dealing with significant financial hardship, the guy at ABC Financing LAUGHED AT HER.  He laughed, out loud, over the phone to a woman who just lost her husband.

What is wrong with these people?

I would say that part of what is wrong with these people, is that they work in a business based–at least in some cases–on not providing services to half the people who have paid for it.  The truth is, over half (67%) of the people who pay for gym memberships never use them.  Many gyms depend on this revenue.  Perhaps they are afraid that if they make it easy for people to get out of contracts, they will do just that.  Perhaps they are afraid that people will one day realize that the glowing promises of glistening six-pack abs and perfectly defined Michelle Obama arms are not going to be fulfilled.  Perhaps they are afraid that folks will realize that making ridiculous claims about what fitness products can do, then constantly blaming the exercisers for not achieving those results will ultimately get old.  Who knows what it is in their minds?

Not all gyms are bad.

There are any number of good gyms out there who treat their customers well, offer good products and conduct fair business practices.   But there are plenty who don’t.  So I’d like to offer you a few bits of unsolicited, free advice:

1.  Ask to try a gym before you buy.  I’d say you need a good week to get to know the instructors, get a feel for the gym’s environment and see if you will be treated well.  Please don’t take a 15 minute tour and then succumb to the high pressure tactics in the sales office.

2.  Ask to take the contract home so you can read the fine print.  Some gym membership contracts are fair.  Some are deals crafted by the devil.  You will never get to the bottom of it while sitting in the sales office with somebody breathing down your neck.

3.  Understand what the written policies are about getting out of your gym contract.  It does not matter what the sales person says.  It matters what the paper says.  There should be some situations and some grounds for you  to legally terminate your contract with them.

4.  If you feel you are being pushed or coerced, leave.  You can always come and sign up another day.

5.  Consider a month to month or pay per use gym even if it costs more.  If there’s a 67 percent chance you’ll never go to the place, pay as you go may wind up being a lot cheaper, right?  Plus I have found that gyms that need to keep earning your loyalty every month tend to do a better job at that.  If you find yourself going to the gym regularly, month after month, you could consider signing up for a year-long contract then.

6.  Do your homework.  Do a google search with the name of your prospective gym and “complaints”.  See what’s written there.  Is it one or two disgruntled people, or a busload of them?  See what the Better Business Bureau and the FTC have to say about them.

Finding the wrong gym can be a real disaster.  Finding the right gym can help you build a fantastic fitness routine you can follow for life.  Spend the time to do it right.  And make sure that the bullies at the gym don’t work there.

Speaking of being bullied, we are only hours away from the Fat Activism Conference.  Are you signed up yet?  Three days and over 40 awesome speakers for just $39.  Or pay what you can.  Build your personal and communal anti-bullying toolkit.  Sign up today! 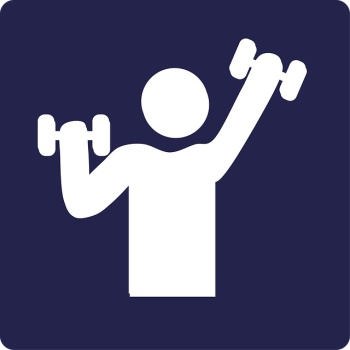 What happens when you sign one of those one-sided, draconian gym contracts and then find yourself verbally and emotionally abused by the trainers in that gym?  Think you’ll get out of the contract?  Maybe, maybe not.  In the ever growing pile of “stuff on my facebook feed that makes me totally aggro” was this story on a site called Consumerist.  This site shares stories of people who feel they have been ripped off.  I am disappointed that the Consumerist felt the need to redact the name of the gym, although they are happy to name other companies (Kohl’s, Michaels) in other stories.  Maybe they felt that the gym was so small it might be a little too easy to figure out who the bad guys are and where they park their cars.

Anywho, the story’s victims, Shayla and Mr. Shayla joined a gym.  They took the first of their two “free personal training” sessions with a trainer who “pressured them” to sign up for personal training services.  (*Note this happens very often in some gyms.) When the couple (both plus-sized) mentioned that they were going to try on their own for a while, the trainer looks at their bellies and says, “Obviously what you’re doing so far, isn’t working.”  So Shayla and Mr. Shayla tell the manager they want a different trainer for their second (and final) free training session.  But now the first trainer is harassing Shayla and Mr. Shayla at every opportunity.  The wronged couple jumps through many hoops to try to talk to a manager.  When they finally get through, they ask to be let out of their contract.  They are denied at every level.  As Shayla says, “I am forced to watch them deduct money from my credit card each month (a portion of which, naturally, goes to my abuser), with no recourse until my contract expires.”

At the end of the article there’s an opinion poll asking:

Should the gym let Shayla out of her contract?

___No. If she doesn’t want people to point and laugh, she should lose more weight.

___No. She should wait and see whether her complaint does any good first.

___It’s her fault for not buying personal training sessions.

___Yes. Everyone should be able to find exercise that suits them in a respectful, jerk-free environment.

First of all, let me tell you that I was able to maintain the tiny thread of hope I hold out for humanity when I saw the responses–over 92 percent voted for the final “yes” response.  But I have to tell you, I thought of a few other options:

__Yes.  And if the company won’t do it, she should contact her local television station and share the story for a potential “expose” story.  Lots of stations love these stories and companies should expect public humiliation when they allow their employees to humiliate customers.

___Yes.  And Mr. and Mrs. Shayla should get x-large t-shirts printed that say, “I don’t train with [Name of personal trainer] cuz’ he’s a bully.” and hand them out in the gym parking lot.

___Yes.  And somebody should remind that gym about what happened when 24 Hour Fitness thought it was cool to put up billboards that were insulting to fat folks.

___Yes.  And redacted, my @ss.  I need the address, phone number and license plate number of that bozo that was doing the bullying!

But seriously folks, there are a few important lessons to be learned here.  One lesson is to be very, very careful when you join a gym–especially for a period of time of one year or longer.  There are many super-awesome completely reputable gyms that will give you a wonderful, safe, comfortable place to work out.  There are, unfortunately, also a number of gyms out there who just want to get you to sign a contract and  will never, ever, like for any reason, let you out of it.  They don’t care if you have a good experience.  In fact their idea of the perfect customer is the one who is a perpetual member who never, ever shows up at the gym.  Don’t believe me?  Go take a look at some of the complaints with your local Better Business Bureau.  I’ll bet at least one group is about a lousy gym with bad business practices.  Buyer beware, people.  Check out Yelp.  Google the name of the gym you are considering and the word “complaint”.  Ask around.  If you do get a contract, there should be a reasonable clause in it for both parties to opt out.  Don’t listen to any glib verbal assurances given by the salespeople.  Go with what’s written on the paper.  Consider trying the gym for a month or even three before signing up with a contract.  If there are no month to month or even 3-month options, consider this a red flag and check even closer into the gym’s practices.  Again many gyms are awesome, but some clearly are not.  Be careful.

And finally, yay for Shayla and Mr. Shayla for standing up for themselves.  There is no excuse for any fitness professional to treat you with anything other than courtesy and respect. EVER. None.  Zero.  Nada.  If this happens to you, call it out, complain about it, but don’t put up with it.  Because people of all sizes deserve courtesy and respect.

P.S.  Looking for a safe place to work out?  How about your living room?  You could always try my live streaming classes.  They are totally cost and contract FREE!