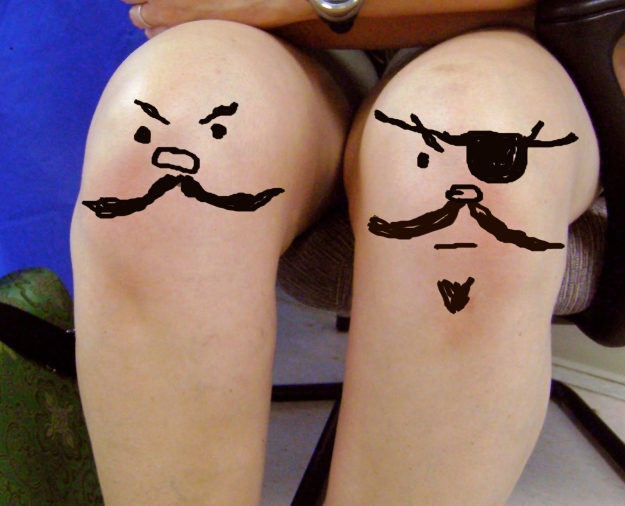 Another media appearance for the bad knees.

I recently came across a recently published study that was published in The Journal of Arthroplasty regarding overweight and obese patients and joint surgery.  In particular, the study evaluates data from 900 hip surgeries and over 1,500 knee surgeries.  The data was evaluated in terms of weight, BMI, how often blood transfusions were necessary, complications from infections, and time spent under the knife (how long the surgeries took).

The study results were “counterintuitive” to many–meaning it failed to confirm some of their deeply held biases about hip and knee surgery and people who are fat.  The concern was that surgery on fat people would take longer than surgery conducted on thin people, and thus would increase the probability that a blood transfusion would be required.  This is of deep concern to doctors because blood transfusions can cause serious complications–with as many as 1 in 5 causing some sort of negative effect.

Furthermore, the study indicates that their research turned up no evidence that overweight or obese patients spend any more time under the knife than their thinner counterparts.  However, a slight uptick in complications from infection was noted for those in the overweight and obese categories.

A recent article in HealthDay turns to a surgeon from Los Angeles for a quote.  Dr. Alex Miric, an orthopaedic surgeon with Kaiser Permanente in Los Angeles stated:

“I agree that the results are counterintuitive,” Miric said. But he also agreed that conclusions “would need to be replicated with more surgeons and a larger and more current patient population before such a finding would gain traction in the orthopaedic community.”

Hmmm.  While surgeries for fat people might not take longer or be more dangerous than those for thin people, it seems pretty clear that surgeon bias against fat people is alive and well.  I have read many anecdotal accounts from people denied surgery–especially hip or knee replacement surgery because they were too fat.  People with diminished mobility and often severe pain are sent home to “lose enough weight” to be a candidate.  Those fat people determined to receive surgical relief often find themselves wandering a desert of medical red tape looking for a surgeon willing to take on their case.  And they suffer needlessly while they do.

The question of whether the mobility and pain outcomes are as successful for fat people as thin people is a topic for another post.  But in the meantime, I wonder how many studies will have to be done and how many cases will need to be reviewed before the “counterinituitive” nature (read physician weight-based bias) will be reversed.  And how many fat people will have to suffer for how long while we wait for that to happen.

Fired up?  Want to fight stigma and bias?  I’d love to recommend that you join Ragen Chastain, a huge group of additional talented speakers and I for the Fat Activism Conference THIS WEEKEND.  We start on Friday night, so if you don’t want to miss it, I suggest you register now!