Recently I heard about Fashion Victims: The Pleasures and Perils of Dress in the 19th Century a new exhibit at the Bata Shoe Museum in Toronto, Canada.  The centerpiece of the exhibit is a bright green ballgown from 1860.  Like many other fashions of the time, the bright green color was accomplished with a dye created with arsenic.  The vivid green color was very popular at the time because it looked beautiful under the new electric lighting.  Other arsenic-laced fashions on display include electric green shoes, gloves and other items.

These arsenic laced items were known at the time to be dangerous to the fashionistas who wore them.  Arsenic was absorbed through the skin when the wearer perspired and frequently caused rashes and worse conditions.  And the garments were not only very dangerous to those who wore them, but also to those who created the fabrics and made them into clothing.  Similar to these dangers in dressmaking were the frequent poisonings by those who created the fashionable hats of the time.  The demand for a larger number of felted fur hats, required cheaper fur which used mercury in the finishing process.  Mercury is known to cause a wide variety of damage to the brain and nervous system.  The poisoning of hat makers became so well known that the phrase “mad as a hatter” came into widespread use.  Add to this the generally poor working conditions for those working in the garment district including terrible fires like the Triangle Shirtwaist Factory Fire and you see a whole class of workers dying to help others look good.

The desire for using cheaper materials to replace more expensive ones, led to an explosion in products available to the middle classes, but sometimes it simply led to explosions.  On display at the exhibit you will find some hair combs created from celluloid rather than the more expensive tortoiseshell combs.  The material was so flammable, that houses burned when the combs came too near a fire.  The material was also used as a film base for motion pictures, and theater fires at the turn of the century were dangerous and sometimes deadly.’  Also on display in the exhibit are tightly-laced corsets and extremely narrow shoes and gloves which were considered fashionable during the day.

One might be tempted to believe that we have moved beyond all that and are no longer willing to die or kill for fashion.  But I wonder if this is really true.  We certainly have stricter regulations regarding the dyes we use in clothing.  And many items are now fire retardant.  But there are some studies indicating that the fire retardants themselves might be bad for our health.

Studies in laboratory animals and humans have linked the most scrutinized flame retardants, called polybrominated diphenyl ethers, or PBDEs, to thyroid disruption, memory and learning problems, delayed mental and physical development, lower IQ, advanced puberty and reduced fertility. Other flame retardants have been linked to cancer. At the same time, recent studies suggest that the chemicals may not effectively reduce the flammability of treated products.

And while corsets are more often decorative than function in modern fashion, how often do we use spandex “shapewear” to smooth our bodies under certain kinds of clothing?  Even though we know that it literally squishes our internal organs and makes us more prone to yeast and bacterial infections?  And some women go as far as painful and dangerous surgery just to look better in their Jimmy Choos. 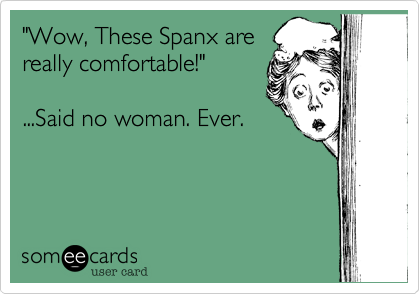 Fashions are still based on a very narrow vision of beauty attainable by no-one without a huge budget, great genes and Photoshop.  Women are still dying in droves trying to make their bodies conform to a size and shape that may not be attainable by anyone without significant photo retouching.

And plenty of people are still dying to create inexpensive fashions.  We may have created work regulations that make the Triangle Shirtwaist Factory fire  unlikely here in the U.S.  But plenty of people are dying in other countries in order to offer us the cheap clothing we still desire.

All of which leads me to ask this question.  When will it end?  When will we decide that it is unfashionable for people to die so we can buy more clothes?  When will we start demanding clothing fit us instead of asking our poor bodies to be starved, mangled, stretched and permanently damaged to fit clothing?  When will we stop impregnating our fabrics with chemicals that cause brain damage and cancer?  I hope it’s soon.  But however fast it is, in my opinion, is just not fast enough.