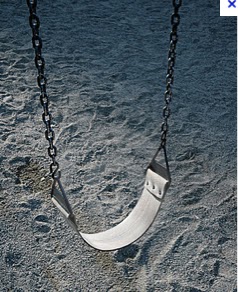 I’ve had a recent experience which has really shaken me up and brought back a lot of drama and stuff that I thought I had vanquished in adolescence.  Yeah right.  We all like to believe that we’ve exorcised our demons until they come screaming out at us and bite off our heads.  And for an extra special grownup bonus, I’ve been allowed to see this drama from both sides.

Let me explain.  I am involved with various groups and companies in my life.  My experience with one of these left me feeling bitter, resentful, deeply hurt and very, very angry.  I’m not talking about little feelings here.  I’m talking about deep, depressing, stay up all night and can’t sleep kind of hurt.  I’m talking about the kind of hurt that makes me lash out at those closest to me.  Which led me to ask myself, “What is going on here?  Why is this hurt this big?  Why do these people and this situation matter SO much to me?”

Eventually, in the middle of the night, it came to me.  I was back in the cafeteria being told I couldn’t sit at the lunch table with the cool kids.  I was back on the playground being excluded from the fun because I wasn’t one of the “in crowd”.  And as a 43-year-old woman, I was pissed off.

I carefully evaluated the situation to see if I was making it up.  And I realized that no, I wasn’t.  Rules applied differently depending on whether or not you were one of the cool kids.  If you were one of the inner circle, you were trusted and complimented and if your feelings were hurt, the cool kids rallied around you.  If you weren’t one of the cool kids, you were dangerously “other”.  Sure, you could be used–everybody needs minions–but not trusted.  What’s more, the leadership of the group at large were no longer the same as the leadership of the clique.  The “in-group” began reflexively trying to protect it’s supremacy against the outside leadership and the conflict began to tear the group apart.

I had my first “aha” moment.  I was amazed that all these years later, I could get so freaked out because I was picked last for dodge ball.  But you know what?  There was more to it than that.  I realized that in my desire for acceptance from this group, I was willing to work incredibly hard.  I gave and gave of myself in the hope that they would accept me and decide I could join the cool kids.  But here’s the thing.  It didn’t work when I was a kid, and it didn’t work now.  And being excluded hurt all the more, because I had tried so hard.

At nearly the same time, there was a ripple in the size acceptance movement.  Many of you know about the amazing and awesome I Stand campaign created by Marilyn Wann.  Although the facebook program was totally open and anyone could join, some people objected to the campaign saying it wasn’t inclusive enough of groups that are often underrepresented in the size acceptance movement.  My first reaction was, “Don’t they know how awesome this thing was?  Why are they fighting something that makes things better for people of size?”

And then, last night, I had my second major “aha” moment.  I had been following a thread about this issue on facebook and a commenter said it brilliantly.  “In a movement where many of us have found acceptance for the first time, it is troubling that some of us still haven’t found it.”  And that’s when I realized just how easy it is to slip into the role of one of the “cool kids” myself.  My first instinct when being called on privilege was to deny that it referred to me.  And I might have stayed in that wonderful little cocoon of denial had I not just recently been the one on the edge of the playground with nobody to play with me.  Granted I only got a very small taste of what those disenfranchised by the size acceptance movement were experiencing, but I can tell you, it didn’t taste good.


So here’s what I’m learning here:


1.  It’s not fun to be in the “out” crowd.  No matter how old you are, it hurts when you don’t feel included.
2.  Working harder is not likely to make those in the “in crowd” accept you more.
3.  Those in the inner circle may be blissfully unaware that there is an inner circle and they are in it.  They aren’t doing it on purpose.  They are just quietly enjoying their privilege.
4.  I need to learn to recognize when I am feeling left out and that it hurts.  Then I need go find somewhere to belong or start my own darn group.
5.  Recognize that I have felt left out in the past, it can be very tempting to create my own special cliques.  It feels good to be the top dog for a change, but I we really want to soothe my hurt feelings by hurting someone else?


My dear chicklettes, this is a VERY long post.  But I’ve done a lot of learnin’ that I mean to share.  So I’m headed out to the playground to look around the edges to find somebody to play with.  Hope you do too.

5 thoughts on “The Playground Pecking Order”